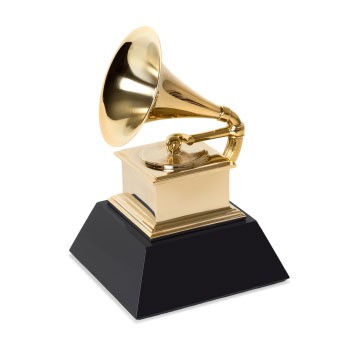 People ask me all the time, “How should I handle myself, or a specific situation, at work?” This week, I respond with: “Did you watch the Grammy Awards Sunday night?”

Typically, this annual award show is designed to celebrate a variety of musical artists, and to give them a platform to perform their recent hits and to express appreciation for their recognition. Not this year! This year, the Grammy Awards should have been called, “What To Do and What NOT To Do at a Professional Event.”

Let’s start with the BEST lesson learned at the Grammys – and that lesson is brought to you by this year’s big-winner, Sam Smith. Sam is the gentle soul with an amazingly soulful voice who won four awards, and sang his breakthrough hit single “Stay with Me.”

However, it’s not his voice or his songwriting that we should all take to heart, but his heartfelt message in one of his acceptance speeches. He said, “I just want to say, that before this album, I tried everything to try to get my music heard. I tried losing weight and I was making terrible music. It wasn’t until I started being myself that people started to listen.”

In Sam Smith’s vulnerable way, he reminded all of us that true success and happiness occurs when we finally accept, and celebrate, our uniqueness, our special talents, and our authentic selves. It’s when we stop trying to being someone or something we’re not, that amazing “music” can happen.

I have coached hundreds of people who battle for professional success, and the biggest roadblock is usually the impossible task of trying to fit a square peg into a round hole. It’s once they truly discover what uniquely shaped peg they were born to be, that they’re able to find that uniquely shaped hole…and that’s when the magic happens.

Unfortunately, we now need to address the big, pink elephant in the room and call out Kanye West’s behavior as the WORST lesson learned at the Grammys. And what makes his behavior even more despicable, is that he did exactly the same thing in 2009. (Some people never learn!)

In case you missed it, let’s recap Kanye’s mind-blowing mistakes. In 2009, he crashed the stage when Taylor Swift won her Grammy, grabbed the microphone, and insisted Beyonce’s performance was the best and should be the rightful recipient of the Award. In 2015, with not an ounce more of common courtesy nor professional decorum, Kanye pretends to rush the stage when Beck was announced as winner of Album of the Year.

Most people could have rationalized that impulsive gesture as a bad joke or quirky misstep, but it was his cringe-worthy comments after the event that sealed his fate as the WORST lesson learned at the Grammys. He said, “All I know is if the Grammys want real artists to keep coming back, they need to stop playing with us. We ain’t gonna play with them no more. Beck needs to respect artistry and he should have given his award to Beyonce, and at this point, we tired of it.”

Can you imagine snatching the “Customer Excellence Award of the Month” Award from the winner and trying to give it to another co-worker? Or bashing the award recipient’s customer service? Of course not! An action like that is not only awkward, but can potentially be career-killing. Somehow, Kanye believes himself to be the supreme authority on who is, and who isn’t, worthy of recognition (and true artistry). Someone needs to enlighten him on how the real world works.

To be clear, it’s not Kanye’s actions that have caused the most damage, but the perception. And perception is reality…and that reality has a very long shelf-life. There are no do-overs, you can’t “un-say” what’s been said, and sometimes there isn’t enough back-peddling or apologizing that can “un-do” what’s been done. Your reputation in the workplace is the most valuable asset you have, and should be protected at all cost.

If you don’t want people to view you as arrogant, an entitled toddler, or a loose cannon, like Kanye West, then take a lesson from him as to what NOT to do in the workplace. Think before you act and consider the consequences that can impact your brand, your reputation, and how you’re perceived by others.

On a more positive note, and just like the Grammy Awards, I am thrilled to announce the winner of my book give-away contest. The envelope please….And the winner is Liza Ratana!!

Congratulations Liza! Don’t worry, we all have more sense and better professional decorum than Kanye West, and no one will try to take your book away and give it to someone deemed more worthy.  🙂

Some years the Grammys is just an entertaining show, but this year it was a shining example, and valuable reminder, of what’s really important when it comes to professional success. Who would you rather be, Sam Smith or Kanye West? Choose wisely!