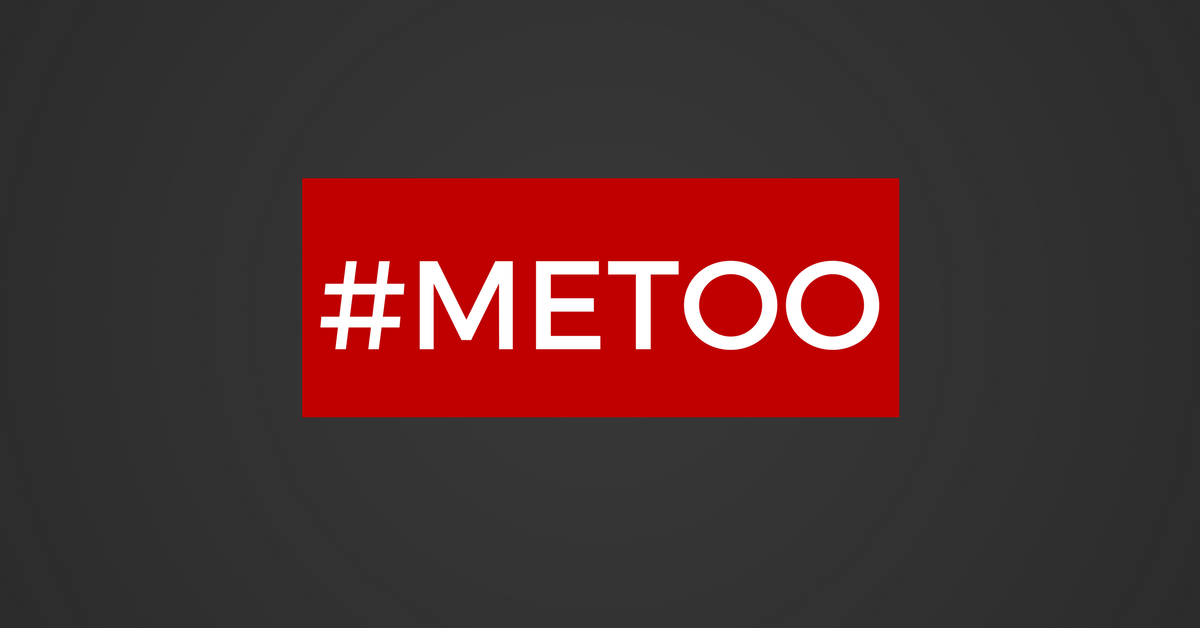 By now everyone on the planet has heard about Harvey Weinstein and how he arrogantly, recklessly, and systematically sexually abused women in Hollywood for decades. By now you have also heard from countless women, Oscar winners, A-listers and others, who have bravely come forward to tell their story of sexual abuse by this egomaniacal monster.

Hopefully you have also heard of “Me Too” and #metoo. This social media movement was started by actress Alyssa Milano to shine a light on the shocking number of women, not just Oscar winners or A-listers, who too have been victims of sexual harassment and/or abuse in the workplace. It doesn’t only exist in Hollywood by movie tycoons and titans of industry. It exists in every workplace and in every industry.

Unfortunately, I have coached far too many women who have found themselves in similar situations. It is humiliating, it is life-changing, it is soul-crushing, it is painful, it is confusing, and it needs to stop.

I have shared many stories about myself, but I have never shared this one. This is my “Me Too” story.

As many people know, I had a very difficult time finding a job when I graduated from college. It was failure after failure, rejection after rejection, and it seemed like it went on forever. I was at rock bottom and just felt horrible about myself all the time. I answered an ad in the classified section of the newspaper for a public relations assistant. I went for the interview and discovered that the public relations “firm” was really just one woman working out of her house.

A “home office” was uncommon back then, but I was desperate and accepted her unconventional offer. Driving home I remember being so excited and optimistic about everything I was going to learn, and how I was finally going to start my “career”.

She wasn’t particularly nice, warm, or patient, and I found myself nervous and anxious all the time that I was going to make a mistake, and ultimately make her mad. I figured that it was all part of the learning curve, and I just needed to put my head down and keep doing my best.  But that wasn’t the worst part.

The worst part came shortly after when she greeted me at the door one morning completely naked. And I mean completely naked. Not a single stitch of clothing, nothing. She just looked at me with that “so what are you going to do about it?” look on her face.

The truth is that there was nothing I could do. I was in shock. I was also young, inexperienced, and terrified of being unemployed again. I was also beyond surprised that this behavior was coming from another woman. And since it was just she and I in her house alone, there were no witnesses and certainly no HR department to go to. She had all the power and I felt completely powerless.

She never touched me or asked me to do anything inappropriate, but her continuous nudity sent a very clear message of fear, intimidation, and implicit threats. She intentionally created a hostile work environment. If I didn’t “play along” in her house and play by her rules, then I was out of a job.

In hindsight I know I should have turned around and left the minute she opened the door completely naked with that Cheshire cat grin on her face, but I didn’t. However, I did end up quitting shortly after. The experience was bizarre and humiliating, and made me feel worthless, powerless, and dirty. She used her status as my boss and employer to her own twisted advantage.

Everyone’s journey, process, and experience is different when it comes to abuse in the workplace. It can look different, feel different, come from different people (man or woman), last for different periods of time, and cause different responses and reactions.

But what is the same is how it makes women feel…powerless, frustrated, confused, infuriated, shut down, belittled, objectified, abused, taken advantage of, shamed, and victimized. I sincerely hope that we find strength and power in our vast numbers, and that women find their voice and stay silent no longer about the abuse they have endured.

This was my time to Woman UP! and finally admit “Me Too”.